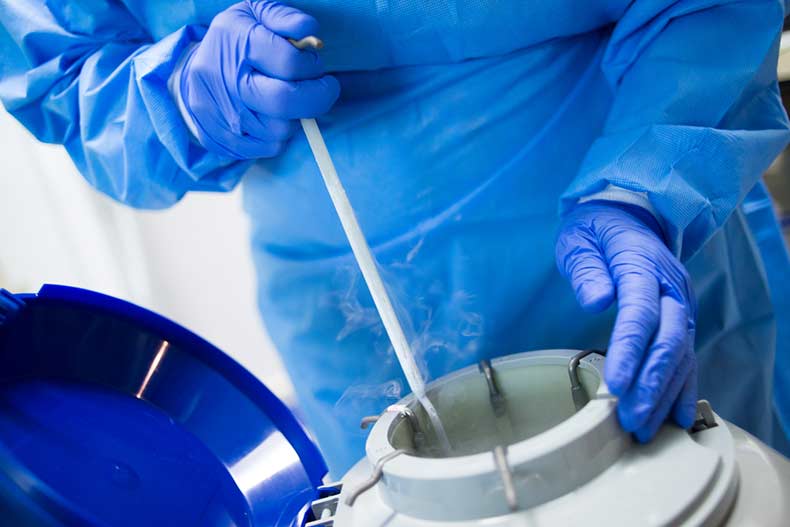 Egg freezing, with subsequent thawing, fertilization and creation of a successful pregnancy is an advancement that has eluded reproductive endocrinologists for the first four decades of in vitro fertilization. The major stumbling block was ice crystal formation that damaged the frozen egg.

For some time, the doctors at Reproductive Partners have been studying competing technologies designed to avoid this problem. A process called vitrification uses a cryoprotectant to make water in the egg harden without formation of ice crystals. This technique has now been demonstrated to yield better pregnancy rates than other techniques such as slow freezing.

Several programs using vitrification have demonstrated satisfactory freezing and thawing of eggs resulting in live births. Success has been improved by recognizing that directly injecting a sperm into the thawed egg, a technique called intracytoplasmic sperm injection (ICSI), is required for good fertilization rates after thawing. Implantation of the embryo is promoted by creating a small hole in the "shell" of the embryo by a technique called assisted hatching.

This advance is of primary importance for preserving fertility in women who need egg-damaging chemotherapy for treatment of cancer. Its use has also been extended to women who need to delay childbearing because of their careers, or because they have not found a life partner. They can now store their eggs before their fertility is lost or declines due to advancing age.

Women needing egg freezing will be stimulated in the same manner as for regular IVF. It may take some women more than one stimulation and egg retrieval to store enough eggs. The stimulation usually takes four to six weeks prior to the egg retrieval, after which women requiring chemotherapy can start their chemotherapy treatment regimen. For women needing to start chemotherapy sooner we have regimens designed to complete the process more quickly.